We use cookies to ensure that we give you the best experience on our website. If you continue to use this site we will assume that you are happy with it.Ok
Return to previous page
Home Blog Sleeping

Your Best Playlist to Fall Asleep To

When your in the backseat of your camper (HA! see what we did there) it’s not always easy to fall asleep. Luckily, we pulled together an assortment of tips and playlists for you to get the best night’s sleep- wherever you are. It’s no secret that music can help you sleep. According to studies, music therapy has been shown to improve sleep among traumatized refugees, quadriplegic patients, and people undergoing chemotherapy.

What type of music? A study of Norwegian seamen provides a clue. They sleep in noisy conditions, but constant noise doesn’t seem to bother them. “Noise events,” though—sudden, loud noises—will rouse them.

So, relaxing music should be free of cymbal crashes, vocal histrionics, and screeching horns. And if you’re listening to a full album, the tempo and tone should be somewhat consistent. Let’s take a look at some options.

This 10-minute long waltz began life as a satirical poem. Once Strauss took the words out, its reputation grew. Fall asleep before the end of the waltz, as it finishes with some fairly aggressive cymbal work.

Beethoven composed this gentle piano melody, which was revolutionary for its time. Most music during this period started at a fast tempo and then got slow later. Beethoven’s inversion of the form makes this an ideal slumber song.

We could go on and on suggesting relaxing classical music to fall asleep to, but what if classical music doesn’t relax you? Maybe you were struck by a violin bow as a child. Or dumped right before senior prom by a cellist.

Maybe you are a professional English horn player with an audition for the Vienna Philharmonic tomorrow, it’s the culmination of decades of training and will make or break your career, and you’re full of nervous energy and anxiety. Classical music would be the last thing you need to hear.

Or maybe you just don’t like classical music—even though it tends to be much quieter than other genres.

We pulled together some options from other genres that you may find more relaxing.

Nelson took a sabbatical from his outlaw country image to record these simple arrangements of his 10 favorite pop songs from childhood. Ballads like Stardust and Georgia On My Mind will soothe even the most troubled cowboy.

These tracks feature the legendary saxophonist accompanied by strings rather than a traditional jazz combo. The effect is dreamlike.

Miles Davis’ most famous album was a hard left turn away from the explosive, loud hard bop style prevalent at the time. Trying for a very different effect, Davis and his sextet created a jazz classic—that’s also a get-to-sleep classic.

With classic songs like Enter Sandman and The Unforgiven, this album is like comfort food for the heavy metal fan. Metallica’s instrumentation is so consistent—lots of guitar solos, lots of distortion—that you won’t find many surprises. The ears are occupied, the mind is at peace, and soon Mr. Sandman arrives.

Black Sabbath is very loud—but consistently loud, so the noise events that can disrupt sleep aren’t as common. The dark, despairing vibe of the songs is also consistent. No switching between dance tunes and ballads like on a pop album. You know what you’re gonna get. And if that’s what you like, it’ll probably help you sleep.

Winston’s solo piano fills your ears with sounds that mimic nature. Winter Into Spring is one of a series of albums dedicated to the seasons, including Autumn, December, and Summer.

The one-time glam/punk/art rock musician invented the term “ambient music” to describe these very different compositions, which are meant as the soundtrack for quiet contemplation—the type of activity that can easily lead to deep sleep.

Nirvana’s legendary “Unplugged” set has all of the melancholy of the band’s music, but none of Kurt Cobain’s screaming or Dave Grohl’s felony drum abuse. For this one-of-a-kind concert, the band mixed their own songs with some obscure tunes. Any of the “Unplugged” series could be good sleep material.

The Icelandic band known for their ethereal sound teamed up with one of the world’s best classical orchestras for one night. One attendee commented on YouTube: “If God exists, if heaven exists, I experienced it that night.” Try it out tonight.

Badu’s simple beats and relaxing voice are the epitome of chill. Drift away on the waves of her gorgeous, expressive vocals.

Ocean’s free-form vocal styles are meant to evoke the color orange, which he says is the color he says he saw when he first fell in love. The consistency of the mood throughout the album makes it a good candidate for sending you into a dreamscape—possibly one of an orange hue.

OutKast has adopted so many different styles and personas in their albums. In this, their second album, the spacey instrumentals and medium tempos evoke a futuristic, dreamlike soundscape.

The low-key, jazz-inspired beats and samples of A Tribe Called Quest were the soundtrack to many a 1990s party. Now let them lull you into a dream party.

The birth of Dion’s child inspired her to create this album of gentle tunes for and about babies. None of Dion’s typical vocal gymnastics here—the tone is soft and slumber-ful throughout.

Pop: Norah Jones – “Come Away With Me”

Jones lent her jazz and soul-infused voice to a series of contemplative, relaxing tunes on this best-selling album.

The Song That’s Proven To Relax You

Researchers at MindLab International measured subjects’ brain waves and vital signs while trying to solve a difficult puzzle. While solving the puzzle, they listened to a variety of songs. This one: Weightless, by the English ambient music trio Marconi Union, reduced overall anxiety 65 percent. 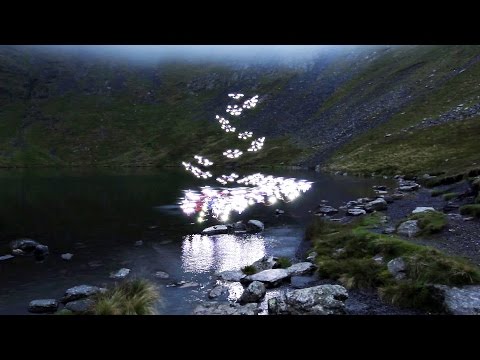 The Album That’s Just for Sleep

In 2015, British composer Max Richter released an 8-hour album, “Sleep”, developed expressly to listen to during slumber. Richter consulted with a sleep expert while composing the album, which consists of 31 tracks, most about 20-30 minutes long.

Try out a few of these choices and see if they help you fall asleep—if not, maybe your mattress is the problem? We’d be happy to help with that.